When I called my credit card company and had them authorize my card for international purchase, I had to list every country I wanted to use it in. When it came to this northern European state, I took a pause, as I was accustomed to the use of either name given in the section heading. Well, for the credit card company, for future courtesies abroad, and for my own personal increase, I decided to do a bit of research. Typing in Holland in many fact-finding web sites will redirect you to the page for the Netherlands, but there has to be a difference right? Well, the answer is both yes and no. Holland properly refers to the geographic region presently occupied by two western Dutch coastal provinces: North Holland and South Holland. The word is commonly used as a pars pro toto (a term describing a concept called by the name of one of its lesser parts), with this region of the Netherlands, being used to refer to the whole.

Dutch in other provinces, understandably, do not like this designation, and as far as possible, the country should be referred to as the Netherlands when visiting. The Netherlands is notable in that Amsterdam is established by the constitution as the country’s capital. However, Den Haag (The Hague) playing host to the parliament, government, supreme court, and embassies and international organization headquarters,  is the seat of government.

One of the things that will immediately strike you is the amount of road space dedicated to bicyclists. Check out the upcoming video post!

You will definitely see many coffeeshops (written as one word in Dutch) in the Netherlands. Although it is illegal to sell the drug in the country, they are licensed to sell cannabis in small quantities to consumers without fear of legal reprimand. They must, however, operate within limits (e.g. they cannot sell to persons under the age of 18).  As recently as April of this year however, the ban of the sale of such products to foreigners has been upheld by Dutch courts. 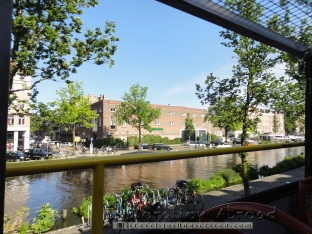 The streets in Amsterdam were often confusing to find on a map. Asking for directions was also a chore, seeing as I had no idea at first how to pronounce the German Eszett (“ß”). Hint: It’s pronounced like a long or double s. Even when words looked simple enough, like the street sign pictured in the gallery, the locals weren’t able to understand me.

This symbol that you will see emblazoned across many a street or sign has nothing to do red light districts or the sort. What appear to be x‘s are actually Saint Andrew’s Crosses like those that appear in the coat of arms of Amsterdam and on the Amsterdam official Flag. There are different theories as to their meaning, but one says that they were derived from the coat of arms of a noble whose estate once covered a large part of the city.

As you may or may not know, Heineken, one of the most awesome beers ever brewed [not an endorsement] is Dutch. In Amsterdam, the old brewery has been transformed into the Heineken Experience, a great tourist attraction that I was unable to visit due to my short stay in the city. 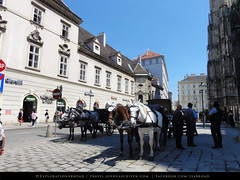 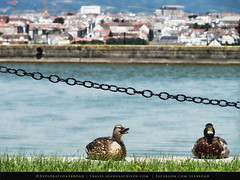 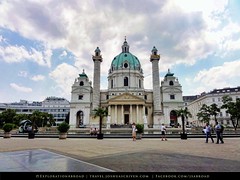 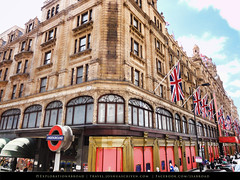 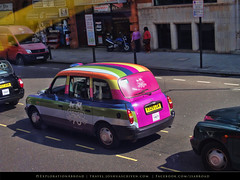